Charge your iPhone, AirPods, and Apple Watch in one fell swoop. 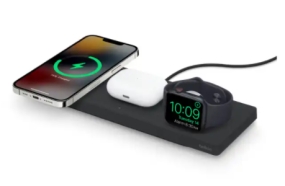 It looks like the Belkin Boost Up Charge Pro 3-in-1 Wireless Charging Pad with MagSafe is the wireless charging setup to beat for Apple users. It's pricey, but quickly charges your iPhone, AirPods and Apple Watch in one spot.

US$149.95 (Currently unavailable in Australia and New Zealand).

Apple's MagSafe accessory platform for the iPhone 12 and iPhone 13 has taken some time to really hit its stride. From MagSafe-compatible battery packs to wallets that stay attached to your phone, there are plenty of accessories available for iPhone owners now.

I think anyone who regularly uses a wireless charger has experienced a phone failing to charge overnight because the phone and the charging coils weren't lined up. I know it's happened to me many, many times.

For the past few weeks, I've been testing the $149 Belkin Boost Up Charge Pro 3-in-1 Wireless Charging Pad with MagSafe. As the very long name implies, it's a wireless charging station designed for Apple fans. It has a MagSafe wireless charging pad for your iPhone, another spot on which to wirelessly charge your AirPods and, finally, an Apple Watch charging pad.

The charger comes in black or white, and is covered in a soft rubber material. My test unit is black, but the MagSafe and Apple Watch charging adapters are white. There's a small indicator light just below the charging spot for your AirPods, giving you a glanceable way to check that your AirPods are charging. 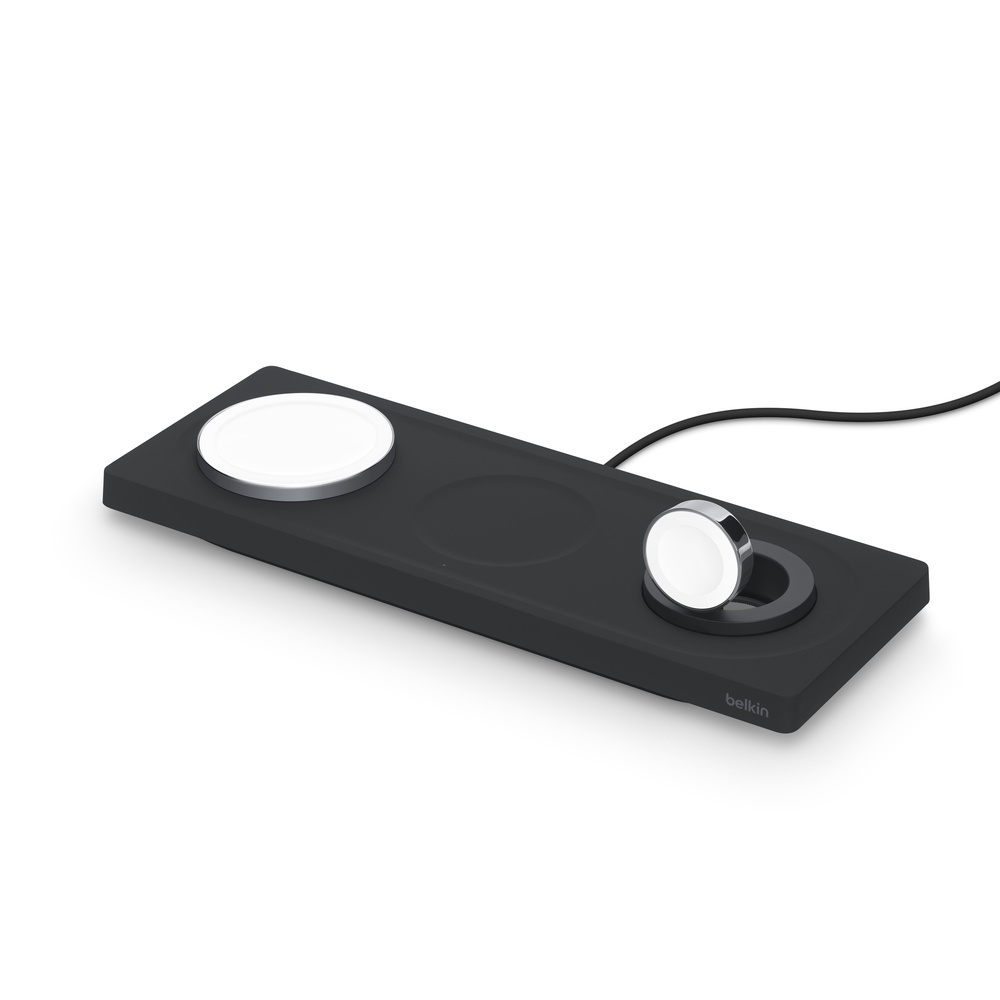 The Apple Watch charger on the far right can either lay flat or stand up to keep the watch face visible in Night Stand mode.

Included in the box is a single wall adapter that connects to the bottom of the charging pad, providing it with 40W of power.

The MagSafe adapter has a maximum output of 15W. To test how fast it can charge an iPhone 13 Pro, I drained the battery until the phone turned off. I then placed it on the wireless charger and set a timer for an hour. After about 5 minutes the phone turns itself back on, and at the 50-minute mark, the iPhone had an average battery level of 56 percent. That's the fastest any wireless charging station I've tested has charged an iPhone by a long shot.

One of my favorite features of the Charge Pro isn't that it can quickly charge an iPhone—I typically use a wireless charger overnight—but that the Apple Watch charging pad can either lay flat or rotates up so you can view your watch's screen in Night Stand mode.

To be clear, you can use the MagSafe charging pad—or even the pad for AirPods—to charge any Qi-compatible device, like an Android phone, but based on my anecdotal testing, you're not going to see the same charging speeds that an iPhone does. In other words, I wouldn't recommend buying this charging setup if you have an Android phone.

If you have an iPhone 12 or iPhone 13 and an Apple Watch, then the Belkin Boost Up Charge Pro is one of the best wireless charging stations you can get as long as you're willing to pay the $150 asking price.