Nokia's Lumia 710 doesn't offer anything remarkable, but a slick user experience at a very competitive price makes it great value for money. At under $400, the Lumia 710 is a much better option than most lower-end Android phones.

Nokia's Lumia 800 may have attracted most of the attention, but the company's entry-level Lumia 710 is probably more important for its long term Windows Phone strategy. At just $379, the Lumia 710 is relatively inexpensive and offers better performance than most Android phones at the same price, even if it does have a few annoying flaws.

A chunky design with a good screen

If you're comparing the Nokia Lumia 710 to the more expensive Lumia 800, the former obviously cuts back on a few features in order to obtain a more affordable price point. A glossy plastic body is the order of the day and it's a far thicker phone at a chunky 12.5mm. We like the glossy front (minus the fingerprint magnet surface) and the rubber-style plastic on the rear is comfortable to grip. There is little remarkable about the Lumia 710's design, but it does feel well constructed considering its low price. 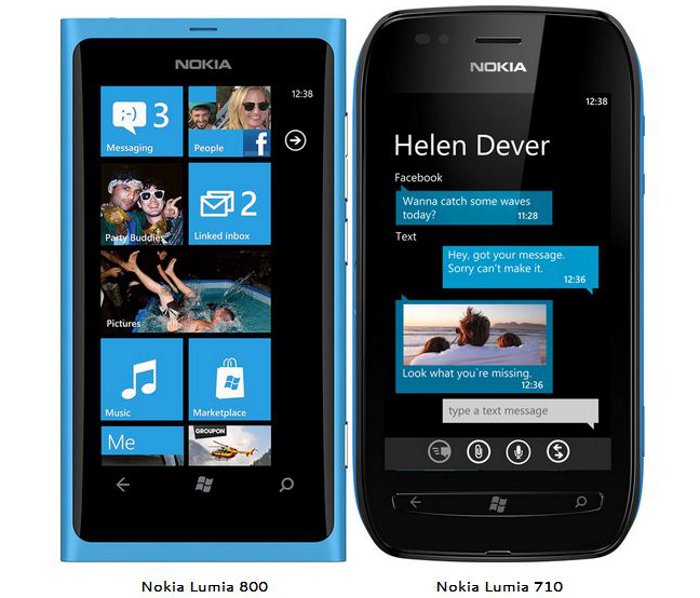 We are normally fans of physical buttons, but the back, Start and search buttons on the Lumia 710 feel stubborn and require a firm press to activate. The same can be said for both the volume controls and the camera shutter key, though these feel slightly less stubborn than the shortcut keys below the display. Microsoft's insistence that all Windows Phones must have a dedicated camera key once again applies to the Lumia 710 and it's a welcome inclusion in our books. 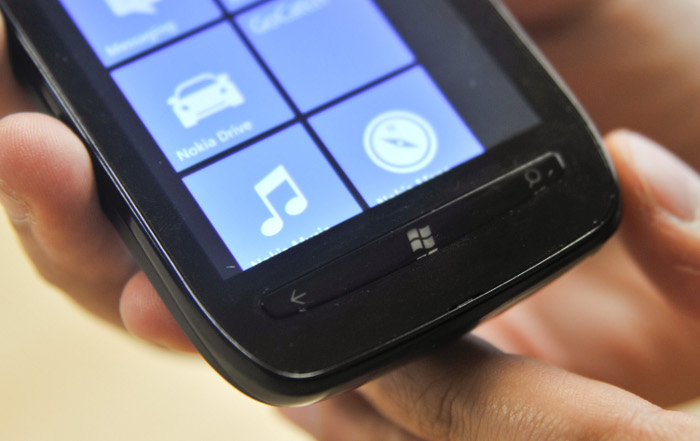 The Nokia Lumia 710 has a smaller 3.7in display compared to the Lumia 800 and it's a standard TFT panel rather than an AMOLED screen. The Lumia 710 has the same 480x800 resolution as the Lumia 800 and also utilises Nokia's ClearBlack technology that aims to produce better blacks and extra visibility in sunlight. It doesn't display the same vibrant colours capable on the Lumia 800 and the whites are a little yellow for our liking, but the Lumia 710's screen is a real plus point on a device that retails for less than $400.