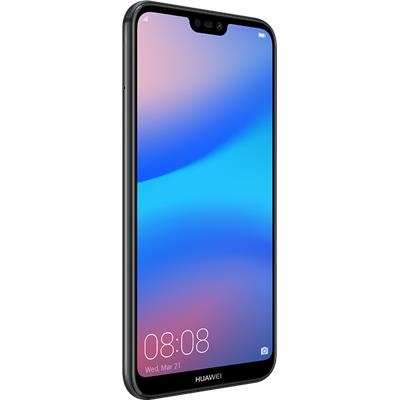 While Huawei’s Mate and P-series smartphones tend to attract the most headlines within the tech world, the Chinese company have been making major headway in the mid-tier and budget-conscious spaces, primarily through their Nova sub-brand.

Last year, we came away really impressed with the Huawei Nova 2i. In our review of that device, we concluded that” with the $499 price-tag in mind, there’s not a whole lot out there that can match the Huawei Nova 2i. It’s a solid phone that borrows plenty from its more expensive and compact cousin to outstanding effect. It’s not the best-in-class, but it doesn’t have to be, and if your number is $500, it’s a hard one to beat.“

Nevertheless, Huawei are looking to do just that with the new $399 Huawei Nova 3e.

Read more What happens if the Australian government locks Huawei out of 5G?

The tagline for the Nova 3e is ‘Premium Without The Price Tag’ and the look and feel of the device absolutely live up to that promise - at least by Huawei’s standards. If you put the Nova 3e in one hand and last year’s P10 in the other, I’m not entirely-convinced you’d really notice that much of a difference. The contrast in build quality and ergonomics between the two comes off as marginal at best. The Nova 3e itself might not be a flagship but the emulation of the ergonomics involved is close to a dead-ringer.

Assuming you opt for the Midnight Blue variant of the Nova 3e, the back of the device comes  made of a hyper-reflective mirror-like surface. At a glance, it echoes the vibe found in the liquid glass back of Huawei’s P20 Pro but doesn’t quite stick the landing. I wasn't a big fan. It’s more a distracting smudge magnet than anything else. Meanwhile, on the other side of things, the Nova 3e is packing a crisp & colorful 5.84-inch 18:9 display with a conspicuous iPhone X-inspired notch at the top of it.

As with the P20 Pro, Huawei have built in a settings toggle that lets you hide the notch if desired. Regardless, your mileage may vary here. Unlike the P20 Pro, however, the Nova 3e does include a headphone jack.

The Nova 3e also features a grill speaker on the bottom edge, which sounded okay at first but became a bit frustrating to use over time. Holding the phone horizontally, I almost always found myself accidentally covering up the speaker - which hurt the overall experience of watching video content, listening to music or playing games on the Nova 3e.

When it comes to the camera, the Nova 3e acquits itself surprisingly well. Though it uses a dual-lens configuration, the Nova 3e opts for a wide-angled approach.

As per previous Huawei smartphones equipped with wide-angle lenses, you’re able to modify the focus after the fact. Unfortunately, this means there’s no optical zoom to speak of.

Also prominently missing is the AI-enhanced photography features found in Huawei’s more-expensive devices. Given the emphasis that Huawei have put on the NPU hardware powering these features in the past, there may well be good reason for its absence here.

However, all the same, it’s a shame to not see it here. Even in this price-range, dual-lens setups have fast become the norm - so AI-powered scene sensing and optimization could have served to give the Nova 3e a key advantage over the competition.

Regardless, what you’re left with here is far from insignificant. Daylight pictures look bright and colorful. The bokeh effect is most-of-the-way there and there’s even a dedicated night shot mode. In practice, this feature can yield some surprisingly detailed results but is often a lot slower and more inconsistent than it’s P20 counterpart.

If we’re talking about everyday performance, the Huawei Nova 3e proved itself adequate for most things you’d want to do on a smartphone.

Read more Huawei expands mid-tier portfolio with the Nova 3i

The results weren’t always as smooth as we’d like - apps hitching and freezing was an uncomfortably frequent occurrence - but if you’re looking for a device that will be able to do most things fast enough most of the time, the Nova 3e fits the bill well enough.

When it comes to benchmarks, the Huawei Nova 3e performed similarly well. While it did lag behind stuff like Oppo’s R11s, it managed to an impressive pace with a fair few handsets that sit above in price, including the Xperia XA2 and HTC’s U11 Life.

The sole exception here, as illustrated in the breakdown below, came with graphical benchmarks like 3DMark’s SlingShot Extreme. On this front, the Nova 3e fell markedly short.

Accordingly, our experience testing graphics-heavy games like Shadowgun Legends on the device found it offer up a very stuttery and sub-optimal experience. If mobile gaming matters to you, this weakness alone might be grounds for disqualifying the Nova 3e from your shopping shortlist.

With the price being what it is, the Nova 3e walks a trepidatious line between the mid and budget tiers of the smartphone world. For extra context, we also compared the Nova 3e to a few of the latter as well. Unsurprisingly, it came out ahead.

Update: In September 2018, it was revealed by AnAndTech that several Huawei smartphones - the Huawei P20, Huawei P20 Pro, Huawei Nova and Huawei Honor Play - had been pre-programmed in such a way that their results when running 3DMark would be inflated.

During the benchmarking process, these devices would enable a hidden ‘performance mode’ that boosted the power and battery usage of the device - a practice that is forbidden by UL’s benchmark rules & guidelines.

As a result, the above devices have all been delisted from UL Benchmarks’ rankings.

More information about this development, including Huawei’s response to it, can be found here.

In terms of battery-life, we’d easily make it through the usual 9-5 work day and often well into the evening as well. We’d still have to charge our device back to full overnight - but if we accidentally forgot to do, we’d usually still have a little bit to go on until we found a power source.

We’re talking eleven or twelve hours of average use here, though - as always - your mileage may vary. Particularly, if you watch or film a lot of video content.

The Huawei Nova 3e features Huawei’s own version of fast charging but lacks any sort of wireless charging.

When we reviewed last year’s Nova 2e, we brought up this idea that everyone has a number. An amount that they can’t imagine paying any more than on any single purchase. For some people, spending over $1000 on a Samsung Galaxy Note 8 or Apple iPhone X is inconceivable. For others, the threshold lies further still.

Everybody’s got a number - and if yours is a keen $399, then Huawei’s Nova 3e might just be one of the best devices on the market that fits that bill. However, that being said, Huawei’s dominance here just isn’t quite as ironclad as it was last time around.

If you want better value for money, Xiaomi’s Redmi Note 5 is a compelling alternative and, if you don’t mind trading a better camera for sharper aesthetics, the new Nokia 6 will do the trick.

It’s good, and really good for the price. However, these days, even in the mid-tier space, great trumps good every time - and I’m just not convinced that the Nova 3e is as great as it is good.

You can find the Huawei Nova 3e on Amazon here.