Provided you don't expect it to effectively compete with more expensive phones, the Samsung Galaxy Y is great value for money. A tiny screen and average battery life do dampen its appeal, but the Galaxy Y remains a good budget smartphone.

Android phones continually exceed our expectations when it comes to bang for your buck and the Samsung Galaxy Y is a perfect example. Retailing for just $129 through Telstra, the Galaxy Y is a compact, functional and easy to use smartphone. The small screen and low resolution do hinder the overall user experience, but at the end of the day this is all about value for money.

There isn't anything new or remarkable about the Galaxy Y, but it at least manages a reasonably attractive look and feel. We love the etched silver plastic of the rear battery cover, which not only looks good but makes the phone easy to grip, too. The Galaxy Y may be a cheap phone but Samsung deserves credit for its good build quality. It's lightweight without feeling like a cheap toy and it does feel solid despite the largely plastic construction. 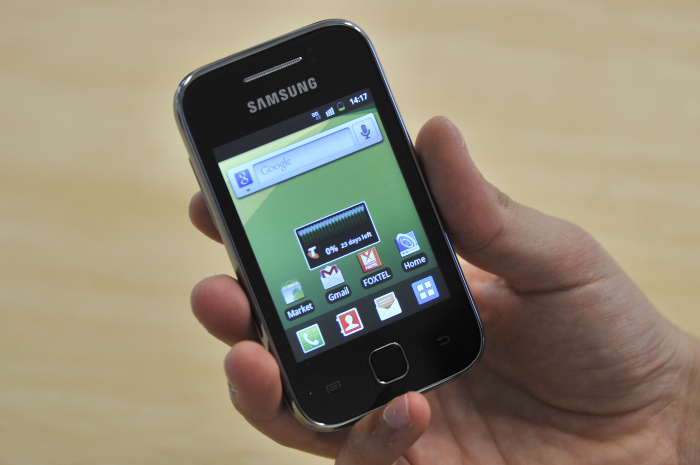 A glossy chrome edge attempts to give the Galaxy Y a touch of class while the bezel surrounding the display is gloss black. The phone is surprisingly easy to keep clean: fingerprints on the screen are visible, but less prominent than many other touch screen devices we've reviewed.

We love the physical home button below the Galaxy Y's screen. It's much more responsive than any capacitive button and it wakes the screen when it is locked. The home button is flanked by touch sensitive menu and back buttons, while physical volume controls are on the left side of the handset. A standard 3.5mm headphone jack and a micro-USB port are located on the bottom of the phone.

The biggest issue of the Samsung Galaxy Y is its small 3in screen. It's fine for general use, like swiping through home screens and dialing phone numbers, but its too small and cramped for Web browsing, typing a message and viewing photos. Adding to the small size is a very low resolution of 240x320 which makes text choppy and hard to read. 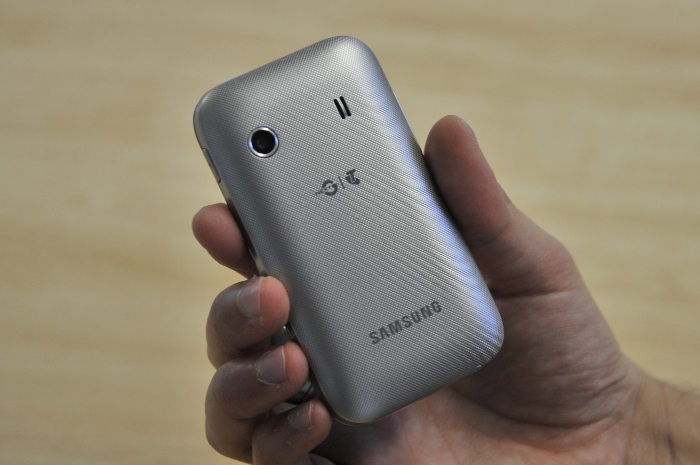