The Samsung Omnia W is not going to attract the iPhone and Android masses and doesn't really offer anything new. However, this is a very good mid-range smartphone at a relatively competitive price. Slick performance, an excellent user experience and a compact size are offset by a lack of internal storage and merely average battery life.

The Samsung Omnia W is no world beater, but it offers a far better user experience than most mid-range Android handsets at similar price points.

No love for Windows Phone

Launched back in 2010 as Microsoft's last attempt to gain a footprint into the mobile phone market, the Windows Phone platform has experienced a rough ride in Australia. It continues to lag behind popular iPhone and Android alternatives and even RIM's flagging BlackBerry. It has been largely been held back by poor promotion from manufacturers and telcos alike.

The Samsung Omnia W is a perfect example of this lack of interest. It launched back in January as a Telstra-exclusive, but did not even appear on Samsung's own website until early March and has barely been promoted at all by Telstra. It isn't the only Windows Phone to suffer the same fate: only Nokia's new Lumia Windows Phone range has received any marketing attention in Australia. 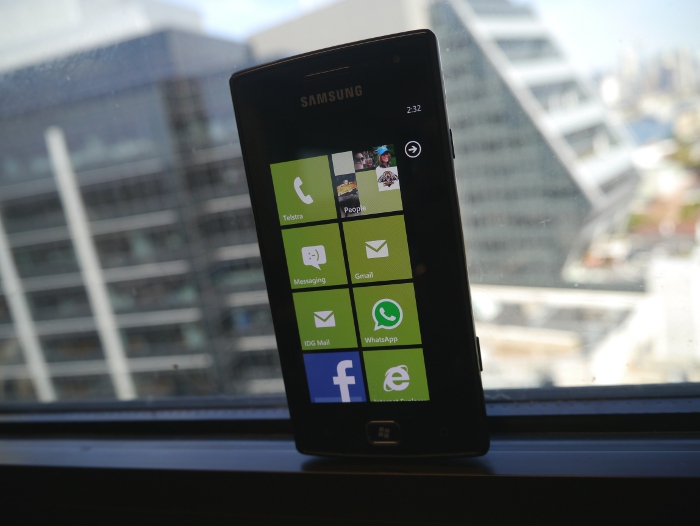 Nothing remarkable, but a good user experience

On paper there is little that is remarkable about the Omnia W. It has a faster processor and a more rounded design than its predecessor but maintains largely similar specifications. This phone won't convert many users of iPhone or Android devices to the Windows Phone platform, but it certainly offers a slick experience at a competitive price.

Despite not offering anything overly new or noteworthy, there are a few things that we really like about the Omnia W. Its rounded corners and compact size means it fits nicely in the hand. It's about the same size as an iPhone 4S but is more comfortable to hold and use. We like the faux, brushed metal finish on the rear which adds a touch of class to an otherwise bland, plastic slab.

The Omnia W's 3.7in super AMOLED touch screen is a real plus on a mid-range device. It's responsive, bright and clear and offers excellent viewing angles. However, it is often hard to see in direct sunlight and the 800x480 resolution is significantly lower than many higher-end smartphones. 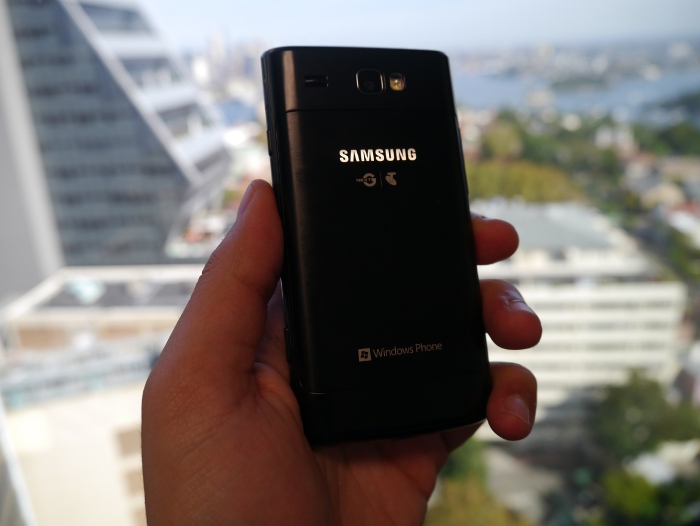 The Omnia W has a physical home button that we find far more intuitive than touch-sensitive keys. This Windows key is flanked by capacitive back and search buttons and these are both responsive and effective. The volume rocker, power button and dedicated camera key are all well positioned and provide good tactility, adding to the overall user experience.

Speaking of the camera, we love how it opens within three seconds if you hold down the camera button from the lock screen. The 5-megapixel camera itself produces photos that suffer from plenty of image noise, but the quality is perfectly acceptable for a mid-range device. Shutter speed is also impressive, meaning you can take a multiple shots with minimal delay between snaps.

Samsung has included a front-facing camera for video calls, which can be made through the included Samsung video call app. The 1.3-megapixel front camera will work with any third-party app that utilises this feature such as the Tango video call app, for example.