One last hurrah for OmniBalance 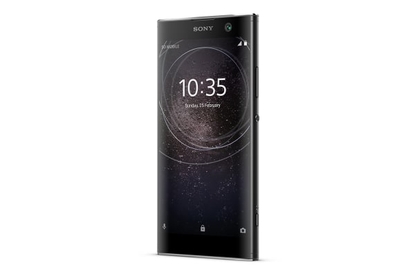 Like most Sony phones. The Xperia XA2 is a good option but it’s not quite the best out there.

Sony’s Xperia XZ2 and XZ2 Compact generated a lot of buzz at this year’s Mobile World Congress. However, the bulk of that buzz was focused on potentially-niche but genuinely-neat features like the rumble-style Dynamic Vibration and support for filming 960FPS slow-motion video in 1080p rather than the - arguably - much more significant shift away from Sony’s OmniBalance design language.

For the last four or so years, the OmniBalance look has kept Xperia devices not only aesthetically consistent but also consistently at odds with the slimmer, curved designs coming out of companies like Samsung. The decision to finally move away from it feels like a meaningful one.

Before that shift, however, Sony have let loose one last hurrah for OmniBalance with their latest mid-tier device: The Sony Xperia XA2.

The specs for the Sony XA2 are as follows.

Again, the Xperia XA2 feels like a Swan Song for the OmniBalance look. If this blockish approach resonated with you before, it’ll probably resonate with you here. Likewise - If you haven’t been a fan in the past, it seems unlikely that this would convert you now.

Still, there is something to be said for it - though part of the appeal here might be down to the smaller form-factor. Sure, it pales in comparison to ultra-slim fare like the Samsung Galaxy S9, but as someone who reviews a lot of plus-sized handsets there’s definitely something refreshing about test-driving one with a more pocket-friendly 5.2-inch display for a change (even if the form-factor is padded out by some tall vertical bezels).

You don’t get the extra screen-space that a 18:9 display gives - which hurts your ability to multitask and doesn’t provide an as immersive entertainment as your phone could offer. On the other hand, not all users are necessarily after a phone that doubles as a tablet or a laptop.

Some people just want a phone that does “phone things”, you know? Maybe it takes a few pictures or videos on the side but it’s mostly for calling people and checking your social media and emails. In that context, maybe the Xperia XA2 holds up as a more competitive option than that of Sony’s rivals in the category.

There’s still a headphone jack, which is nice, and a fingerprint sensor on the back too. Less positively, I was a little disappointed at the lack of facial ID login. This feature has quickly trickled down to other mid-tier devices in recent months, and it’s a bit of a shame to see it absent here.

As with earlier Xperia devices, Sony have also included a dedicated ‘camera’ button on the lower right edge of the device. Whether or not these inclusions with matter is kinda down to how much you remember to use them. However, I will say that the utility of being able to jump right into the XA2’s camera without any touch-screen fuss is undoubtedly an asset.

In terms of the camera, the Xperia XA2 does win some points for its 4K support and 120fps slow-motion video. However, it also loses points for relying on such a simple and single-lens set-up. As we noted in our review of the HTC U11 Life, there are more and more mid-tier phones that offer solid dual-lens camera experiences. As a result, and often by comparison as well, the XA2 feels like it falls short in this regard.

To be fair, the results you’re getting out of the XA2’s 23MP main camera and Exmor RS sensor show that it’s hardly a sloucher. Unfortunately, I found that images taken on the XA2 were noticeable more noisy and colors less vibrant than those taken on other mid-tier handsets I’ve recently reviewed. That said, there’s a clean and processed quality to the images that sometimes pays off during daytime shots.

In terms of low-light performance, the XA2’s camera captures images that look OK but aren’t exactly groundbreaking. They're a bit fuzzy in spots but more-or-less passable in terms of quality. As with regular shots, they look more-or-less in line with what you expect from a mid-tier device like this one.

Regardless, the absence of stuff like a portrait mode here really does hurt the XA2’s camera. Bokeh effects are in fashion right not and the XA2 stands out like a sore thumb without them. Part of this omission is addressed by the wide-angle lens on the front-facing camera but it's still a clear weakness.

Read more MWC 2018: Sony let tech do the taking with the Xperia XZ2